Roy Brown (14542399)
Pioneer Corps
19 October 1944, aged 41
Son of George and Clara Brown, of Barnsley, Yorkshire; Husband of Violet Brown, of Ardsley, Barnsley.
Leopoldsburg War Cemetery
Died in Belgium
John Edward Burley (943928)
Royal Air Force Volunteer Reserve - 95 Sqdn.
11 June 1942, aged 25
Son of Walter and Edith Burley, of Burton Grange, Yorkshire.
Malta Memorial
Lost when Sunderland flying boat L5805, detailed to escort a ship to Freetown, Sierre Leone on 11 June 1942 went missing. The aircraft was last seen circling the ship on a bearing of 284 degrees approx 135 miles from Freetown in the early hours of 11 June, after which it proceeded in a north easterly direction. At 14:00 hours a possible white light was sighted at a low height, but no sound of engines was heard. During the next three days extensive air and sea searches were carried out, but no trace of the aircraft or crew were found. It was presumed that the aircraft forced landed at sea during the night patrol and that the crew were lost at sea.
The ORB records that on 10th June 1942 L5805 Sunderland B/95 was airborne at 22:55 on patrol. It is noted from official records, that during that week, weather conditions were extremely bad. The aircraft failed to return at and after CTA 07:30 on the 11th June and at 08:45 emergency action was taken and search organised. Nothing sighted but oil patches, apparently recent, observed in JKCR 2430. On 12th
June, a square search of 12 miles radius and parallel track search was carried out. Nothing sighted. Sunderlands D/95 and E/95 received
signal to look out for B/95 and searched position given. E/95: Nothing sighted but oil patches, apparently recent observed in JKCR 2430, 13 mile
radius search - nothing sighted. Search continued 10th and 11th June. 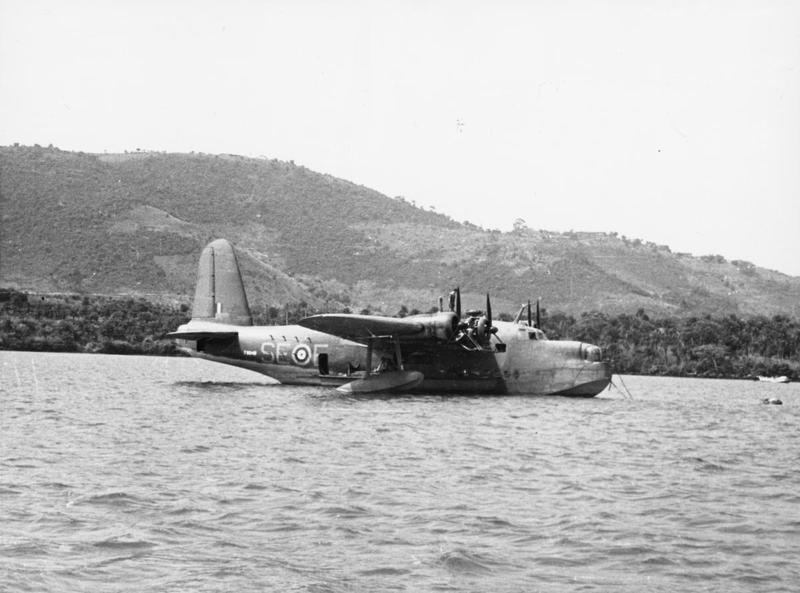