Eric Bagshaw (T/1533281)
Private - Royal Army Service Corps
29 September 1945, aged 25
Born in Huddersfield in Q4 1919
Son of Arthur and Agnes Mabel Bagshaw, of Cawthorne, Yorkshire.
Lived at Tivydale, Cawthorne
Brookwood Memorial
Was one of 20 passengers and 6 crew on board Lancaster Mk I PD343 on a transit flight from Italy during an Operation `Dodge`sortie, it is reported as lost without trace, possibly after entering cumulo nimbus cloud. It was carrying army servicemen back to the UK from Greece.
﻿Irvine Broadhead (4693083)
Private - King's Own Yorkshire Light Infantry - 6th Bn
24 September 1943, aged 25
Born in Penistone in Q1 1918
Son of Wilfred and Blanche Broadhead, of Cawthorne; Husband of Renee Broadhead, of Cawthorne.
Lived at Church St, Cawthorne
Married in Staincross Q1 1940
Cawthorne Cemetery
The gravestone carries the inscription - The day thou gavest, Lord Is ended. Grant him, O Lord, Eternal rest
Died on active service in Colchester, Essex. ﻿
﻿Stanley Crossland (2659626)
Guardsman - Coldstream Guards - 2nd Bn
18 April 1945, aged 27
Born in Penistone in Q1 1918
Son of Arnold and Phoebe Crossland; Husband of Joyce Gertrude Rose Crossland, of Yeovil, Somerset.
Lived at Tivydale, Cawthorne
Married in Yeovil Q3 1942 - 1 Son
Coriano Ridge War Cemetery
The gravestone carries the inscription - Beloved, you have passed away We who mourn can only pray To meet again in that home Where sorrow is unknown
Died during the Italian campaign
﻿William Cecil Morgan (522876)
Sergeant - Royal Air Force - 97 Sqdn
18 December 1942, aged 31
Born in approx 1911
Son of Jacob Morgan, and of Mildred A. Morgan, of Cawthorne, Yorkshire.
Father died in 1922
Lived at Darton Road, Cawthorne
Runnymede Memorial
Was on board Lancaster Mk I serial number R5497 coded OF-Z on an operation to Neustadt.  It had taken off at 17:08 from Woodhall Spa, Lincolnshire and was lost without trace. 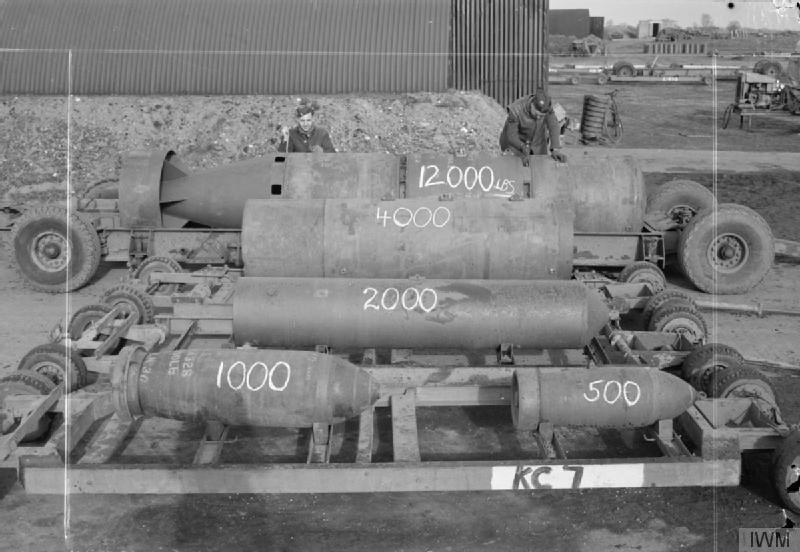 © IWM (CH 12450) Armourers show off bombs for a comparison in size at the bomb dump at Woodhall Spa, Lincolnshire. In the front are 1,000-lb and 500-lb MC bombs, behind them a 2,000-lb HC Mark I, then a 4,000-lb HC Mark III or Mark IV 'Cookie'. Finally, at the rear, is a 12,000-lb HC 'Blockbuster', essentially three 4,000-lb 'Cookies' bolted together with the addition of a six-finned ballistic tail.
﻿Donald Sales (4861771)
Private - South Staffordshire Regiment - 2/6th Bn
8 July 1944 , aged 27
Born in Barnsley in Q3 1916
Son of John Parish and Sarah Sales, of Barnsley, Yorkshire
Enlisted 19/3/1940. Served with Leicestershire Regiment then transferred to 2/6th South Staffordshire Regiment 13/6/1940.
Lived at Norcroft, Cawthorne
Cambes-En-Plaine War Cemetery
The gravestone carries the inscription - In heavenly love abiding May he rest in peace. His life a beautiful memory
Died during Operation Charnwood - 'H' hour was to be 0420 hours on 8th July when 59 Division was to attack due south against the main enemy defences. 3 Canadian Division and 3 British Division were to attack at the same time, down the ridges on our right and left respectively. At 0420 hours our leading troops crossed the start line. On the right 2/6 South Staffordshire were directed on Galmanche. Leading companies came under heavy fire within 200 yards of the start line, and though elements of one company entered the outskirts of Galmanche and a few tanks got round the village to the southeast, our attack on this flank came to a full stop. The infantry lost the barrage and remained in the open, suffering heavy casualties from mortar fire as they lay in the standing crops and from machine-gun fire if they tried to move. 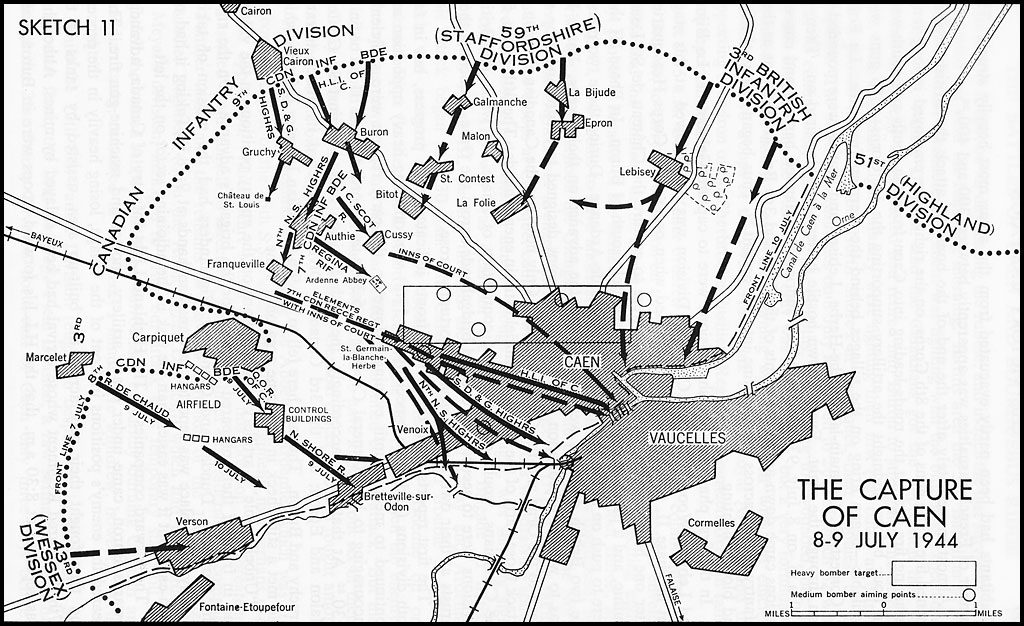 William Reginald Spencer (2345493)
Signalman - Royal Corps of Signals - 5 Medium Regt, RA, Sig Sec
24 September 1943, aged 28
Born in Chertsey, Surrey in Q2 1915
Son of William John and Esther Spencer; Husband of Eileen Spencer, of Darton, Yorkshire
Lived at Darton Road, Cawthorne
Married in Staincross Q4 1938
Salerno War Cemetery
The gravestone carries the inscription - May his reward Be as great As his sacrifice. Ever remembered
Originally buried at - before being reburied in present location on 13 November 1943
Died during the Italian campaign, shortly after the initial landings
[also listed on Barnsley Grammar School memorial]