Penistone War Memorial is located on Church Street. The inscription is:
IN GRATEFUL MEMORY OF THOSE FROM THIS TOWNSHIP WHO GAVE THEIR LIVES IN THE GREAT WAR 1914 - 1919
(NAMES)
1939 - 1945
(NAMES) 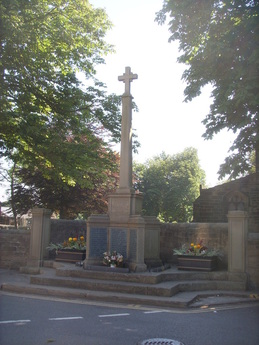 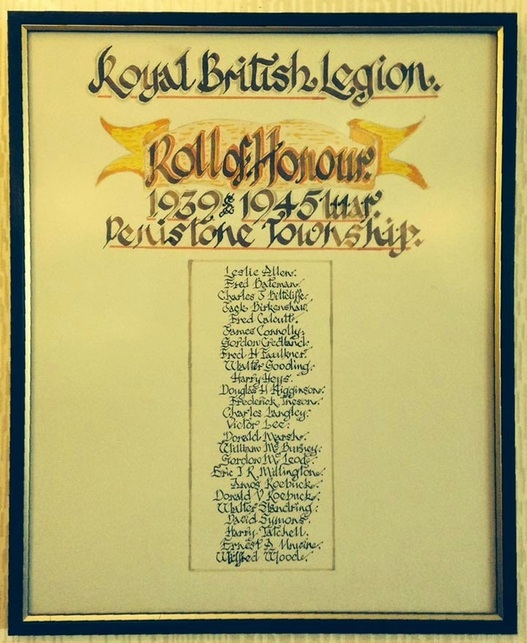 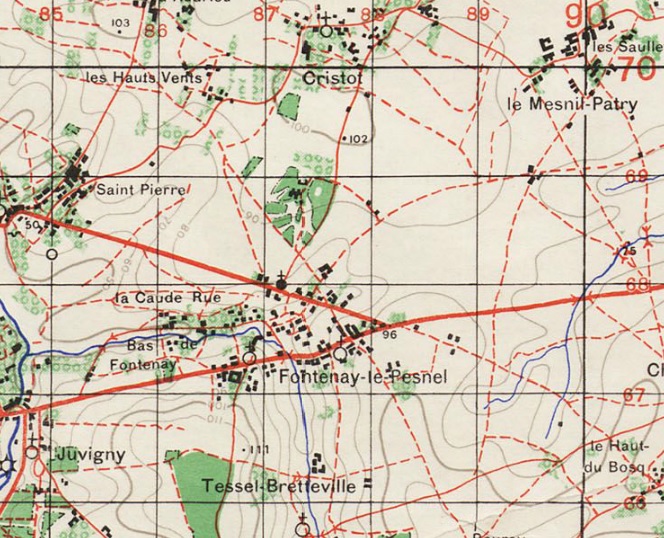 Leslie Allen - originally buried Tessel-Bretteville 875667
Arthur Lionel Bashforth (4750116)
Staff Sergeant - The Glider Pilot Regiment, A.A.C.
18 September 1944, aged 26
Born in Penistone in Q4 1917
Son of Lionel and Maud Bashforth, of Hoylandswaine, Yorkshire.
Lived at Sunnyside, Hoylandswaine
Groesbeek Memorial
Killed during the airborne operation at Arnhem, he had previously taken part in the Glider landings in Normandy on D-Day.
[also listed on Hoylandswaine memorial]
Frederick James Bateman (2333445)
Corporal - Royal Corps of Signals - attd. III. Indian Corps Sigs. Indian Signal Corps
24 March 1942, aged 22
Born in Wortley in Q4 1919
Lived at 10 Railway Terrace / 1 Church St, Penistone
Kranji War Cemetery
Originally buried at Changi Cemetery before being reburied in present location on 17 April 1946
Died of dysentry as a PoW in Changi, Singapore just over a month after it was captured
Harold Knowles Battye (151367)
Flying Officer (Air Bomber) - Royal Air Force Volunteer Reserve - 630 Sqdn.
20 February 1944, aged 26
Born in Huddersfield in Q2 1917
Son of Alfred and Emily Battye, of Cumberworth.
Lived at Walls Nooks, Cumberworth, Huddersfield
Shepley (St Paul) Churchyard
Killed along with the rest of the crew of Lancaster ND563 which was scheduled to take part in a mission to Stuttgart from East Kirkby. The aircraft was almost new having only 21 hours, and on its first mission. It started the take-off run at 23:40 but swung out of control and after crashing through the boundary fence the Lancaster ran over the Stickney Road and lost its undercarriage. Moments late the bomb load exploded.
Charles Joshua Biltcliffe (2364083)
Signalman - Royal Corps of Signals - 78th Div. Sigs.
31 October 1943, aged 25
Born in Penistone in Q3 1918
(son of John Thomas and Martha Eleanor Biltcliffe)
Lived at 8 Bridge St, Penistone
Sangro River War Cemetery
Originally buried in a battlefield cemetery before being reburied in present location on 6 May 1944
Died in Italy
Norman Booth (1078687)
Sergeant (Pilot) - Royal Air Force Volunteer Reserve - 609 Sqdn.
9 March 1943, aged 18
Born in Penistone in Q3 1924
Son of Arnold and Agnes Booth, of Millhouse, Penistone.
Gained his wings in RAF at Bulawayo.
Penistone (Stottercliffe) Cemetery
Was pilot of Typhoon DN481 which suffered structural failure and broke up during unauthorised aerobatics, crashing near Great Knell farm, Ash, Kent. Sgt. Booth took off at 1429 hrs on 9th March, 1943 with full tanks and normal operational loading, to carry out air-sea firing practice, an exercise which normally occupies between 15 and 20 minutes from take-off to landing. The pilot had only recently arrived at the Squadron from O.T.U. and whilst his total flying hours were high at 316 and his assessments good, he is spoken of by Officers at the Squadron as over-confident and had only flown 5 hrs 20 mins in Typhoons. Although one of these flights was an operational patrol he had had no aerobatic practice on this type and was not authorised to carry out aerobatics on his last flight. The aircraft was virtually new and embodied the latest modification, No.286, to the tail end. In keeping with the normal custom at this Unit for this type of flight there was no R/T contact. About 20 minutes after taking off the aircraft was picked up by the R.O.C. Post, A.2, at Ash, coming into the area from the South at about 6000 ft and a mile or so to the west of Ash. It was then followed through field glasses for about 10 minutes performing loops, rolls and at least one dive on a line about six miles long running North and South just west of the village. It was assumed that a test pilot was putting a new aircraft through its paces. At the end of this period it was seen to dive again, this time faster than any aircraft they had ever watched before, until at about 1200 ft what they thought to be part of the tail end broke away. The dive steepened, more pieces broke off and the aircraft struck the ground. The pilot made no attempt to get clear and was killed.
[also listed on Thurlstone, St Saviour Church memorial] 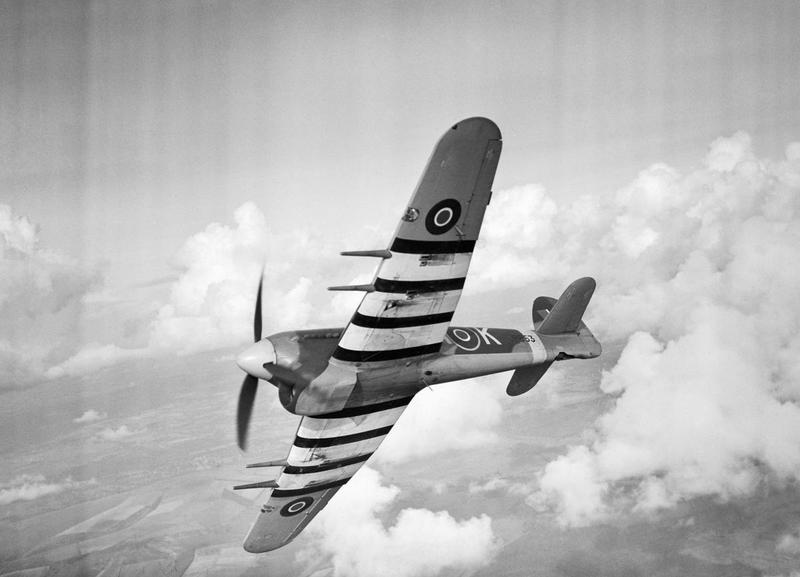 © IWM (CH 11578) A Hawker Typhoon Mk IB
Eric Brook (658265)
Sergeant (Air Bomber) - Royal Air Force Volunteer Reserve - 28 O.T.U.
15 February 1943, aged 26
Born in Wortley in Q3 1916
Son of Charles Victor and Ethel Brook, of Oughtibridge; husband of Selina Kathleen Brook, of Wombwell.
Birtin (Oughtibridge) Cemetery
The gravestone carries the inscription - At the going down Of the sun And in the morning We will remember him
Wellington N2809 crashed during a training flight killing all five crew. Took off from Castle Donington at 1130 for a cross country. Returning to base around 1630, encountered a heavy snowstorm and crashed at Hermitage Farm, 2 miles North East of Coalville, Leics.
Fred Irving Calcutt (50437)
Flying Officer - Royal Air Force - 44 Sqdn.
13 July 1943, aged 26
Born in Penistone in Q2 1917
Son of Herbert and Clara Calcutt; Husband of Constance Lily Calcutt, of Kings Lynn, Norfolk.
Lived at High St, Penistone
Married in Newmarket - Q1 1939 - 2 Sons 1 Daughter
Runnymede Memorial
Killed when the Lancaster ED331 KM-Z piloted by Wing Commander J D Nettleton VC was lost on a raid to Torino, Italy. The aircraft airborne from Dunholme Lodge at 22:23 was believed shot down by a night fighter over the Brest Peninsula. On the return leg FW 190s of 1./SAGr.128 and 8./JG 2 scrambled from bases near Brest in the early hours of 13 July, and at 06:30 intercepted the bomber stream. A total of eight bombers were claimed, and at least three Lancasters were almost certainly shot down by the German fighters.
Edward Challis (140914)
Pilot Officer (Pilot) - Royal Air Force Volunteer Reserve - 214 Sqdn.
27 March 1943, aged 21
Born in Wortley in Q2 1920
Son of Vincent and Clara Challis, of Stocksbridge, Yorkshire.
Hanover War Cemetery
The gravestone carries the inscription - Light perpetual Shine upon them
Striling BF453 was airborne 19:40 on 27 Mar 1943 from Chedburgh to bomb a target in Berlin. The aircraft was shot down by flak and, at 22:22 on 27 Mar 1943, was seen to crash vertically near Finkenwerder into the bank of the Alte Südelbe, a small tidal creek of the Elbe river. Finkenwerder is situated 8 km SW of Hamburg and 4 km from the Hamburg docks. A German Luftwaffe unit was unable to recover the bodies from the mud, due to water and black oozing mud, so the hole was filled in. Map reference of crash site: Finkenwerder L.54/S. 4450. After the war, in March 1949, an MREU unit engaged a German scrap metal firm to recover the wreck and the identity tags of Sergeant Rae were found. Then, with the use of a mechanical floating grab, all the bodies of this crew were recovered for proper burial. 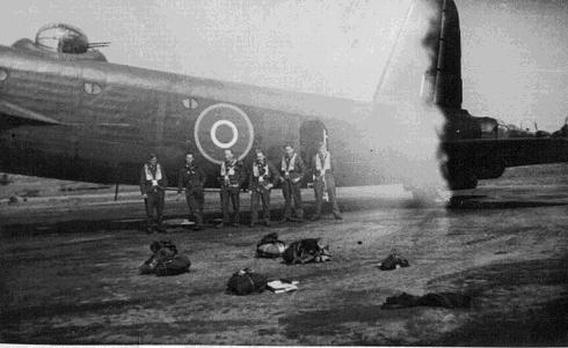 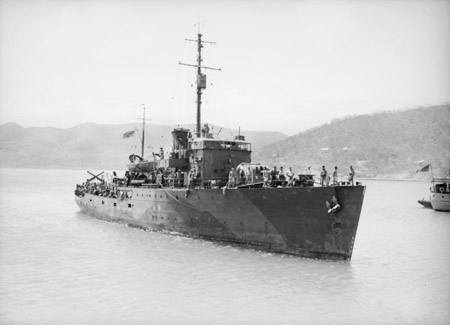 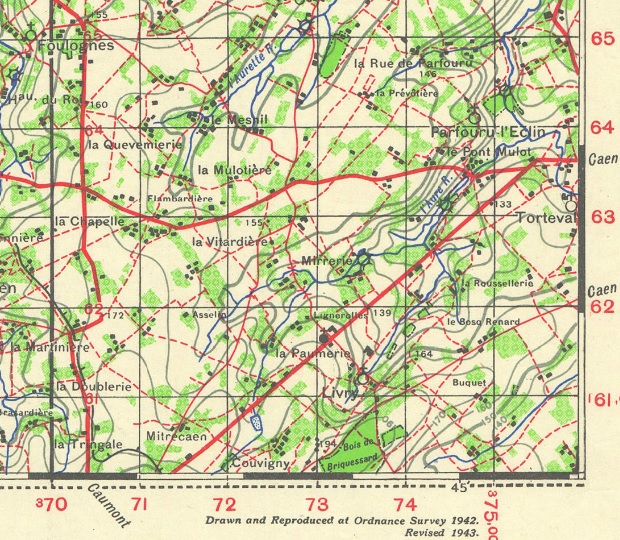 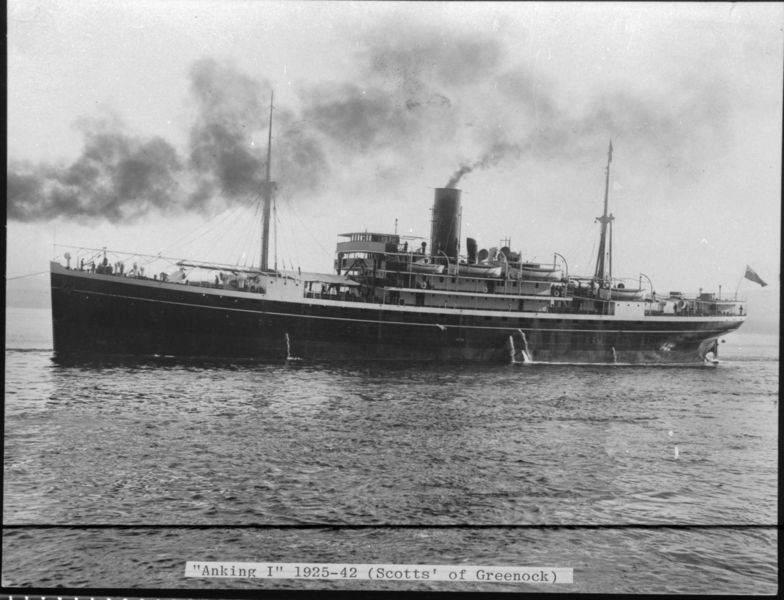 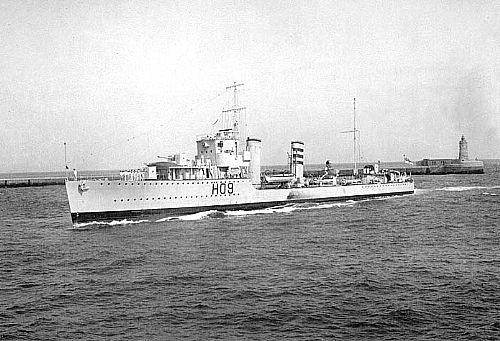 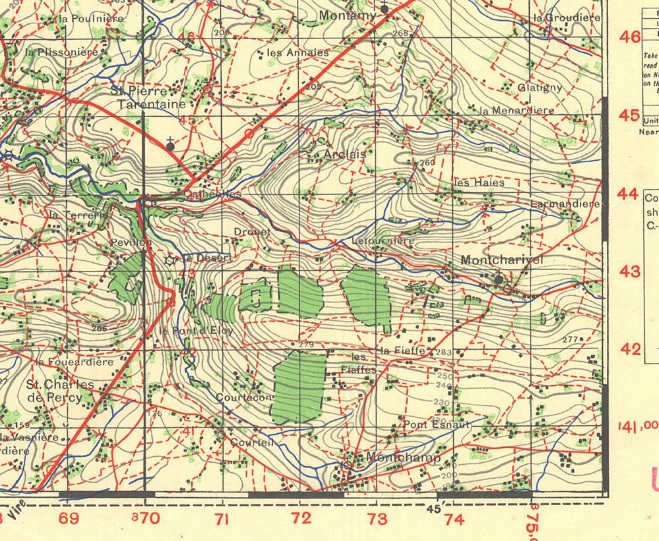 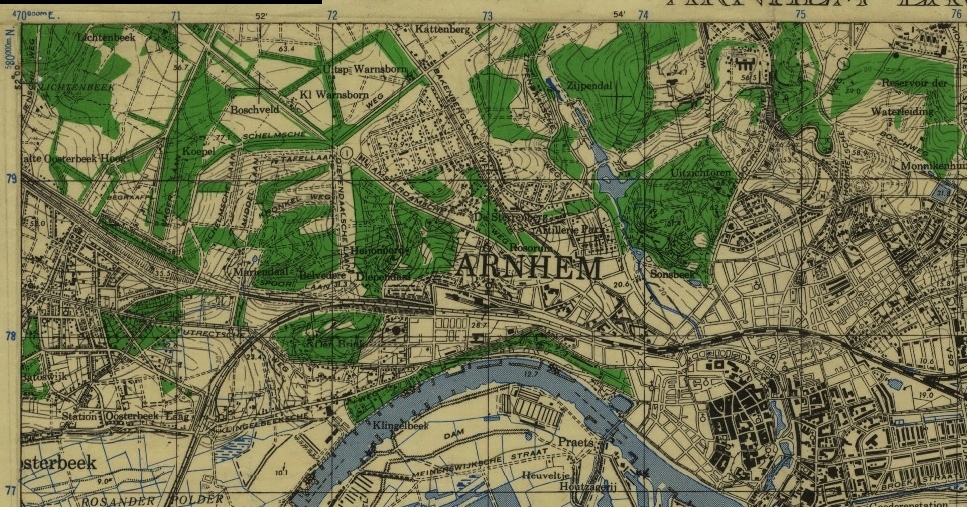 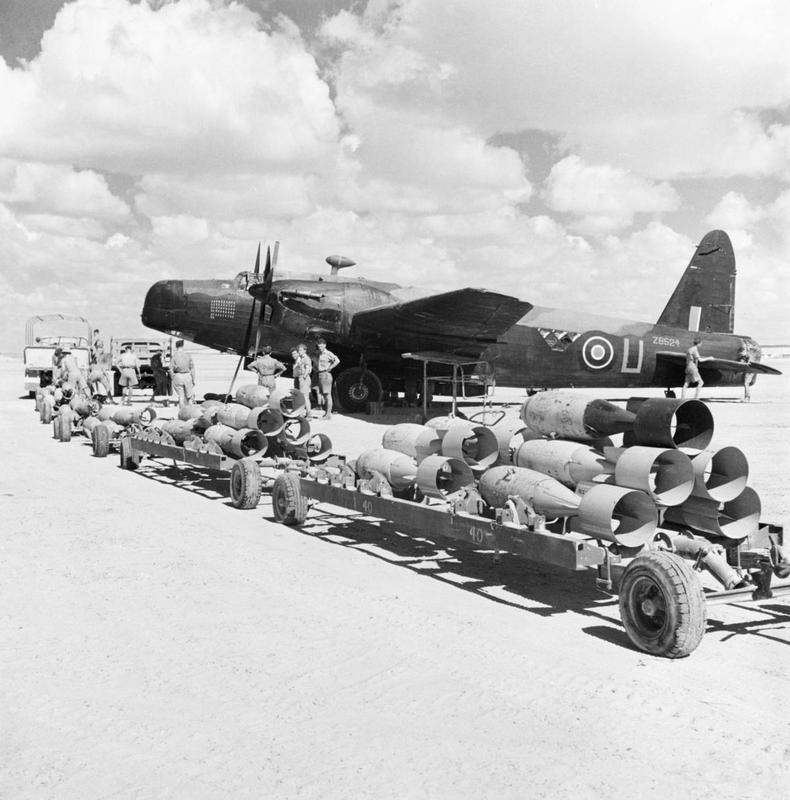 © IWM (ME(RAF) 6297) Vickers Wellington Mk II of No. 104 Squadron RAF, about to be loaded with 500-lb bombs for a sortie over the Western Desert, 1942.
Joseph Skidmore (7906875)
Signalman - Royal Corps of Signals - 30 (Heavy) W.T. Sec.
24 September 1941, aged 26
Born in Penistone in 17 July 1917
Son of Joseph and Agnes Mary Skidmore, of Southport, Lancashire.
Lived at 18 Chester Road, Southport
Yokohama War Cemetery
The gravestone carries the inscription - Joseph, born at Thurlstone, WR Yorkshire Son of Joseph and Agnes M Skidmore
Originally buried at Yokohama Mausoleum before being reburied in present location on 26/2/1946 (13/9/1946)
Captured at Singapore. Died in Japanese as a PoW of Malnutrition at Tokyo 13B Camp (Aomi)
Walter Standring (2654385)
Lance Corporal - Coldstream Guards - 3rd Bn.
5 December 1943, aged 35
Born in Prescot, Lancs in 23 Jan 1908
Son of Robert and Helena Standring; Husband of Molly Harriet Standring.
Was second child, born to parents, who had married in Parish of St. Thomas' Eccleston, St. Helens on 3 August 1903. In 1911 was living at 28 Fisher St, Sutton Oak, Lancs. Father was a coal miner.-
Lived at Southgate, Penistone
Married in Surrey South Eastern - Q1 1935 - 2 Daughters
Minturno War Cemetery
The gravestone carries the inscription - To sleep, perchance to dream To sleep and wake again To meet in a better land. His wife
Originally buried in a battlefield cemetery before being reburied in present location on 15 December 1944
Died in Italy
[also listed on Ardsley]
Harry Tatchell (957040)
Warrant Officer - Royal Air Force Volunteer Reserve - 82 Sqdn.
15 July 1944, aged 23
Born in Sheffield in 24 January 1921
Baptised - 13/2/1921 at Sheffield Handsworth St Marys. Father Harry, bricklayer. Mother Annie. Address 21 The Green Penistone.
Son of Harry Tatchell, and of Annie Tatchell, of Penistone, Yorkshire.
Father died in 1932, when Harry was 11 years old
A report in 1998 indicated that Tatchell and his fellow crew member were buried near the village of Kuarpur. The RAF had agreed to exhumed them and bury them at Delhi subject to relatives premission.
Lived at 19 Church St, Penistone
Singapore Memorial
Killed when Mosquito FB mk VI aircraft HR124 crashed on ferry flight Kuarpur, India 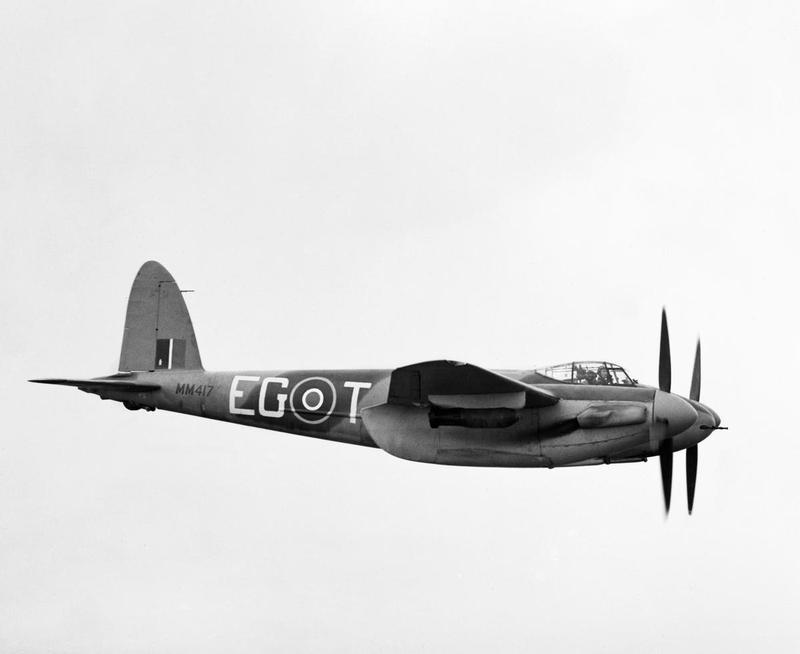 © IWM (CH 12415) A De Havilland Mosquito FB Mk VI, this one is MM417 EG-T, of No. 487 Squadron RNZAF based at Hunsdon, Hertfordshire, 28 February 1944 in flight carrying two 500-lb MC bombs on underwing carriers,
Ernest Alfred Unwin (4754880)
Private - York and Lancaster Regiment - 1st Bn.
10 June 1942, aged 26
Born in Rotherham in Q4 1915
Son of Ernest and Minnie Unwin, of Cubley, Penistone, Yorkshire.
Lived at Hacking's Avenue
Ranchi War Cemetery
The gravestone carries the inscription - A thought for today, A memory for ever
Originally buried at Ranchi GEL Cemetery before being reburied in present location on 28 November 1947
Died in an accident in India
Douglas Arnold Wadsworth (159050)
Pilot Officer (Pilot) - Royal Air Force Volunteer Reserve - 619 Sqdn.
4 May 1944, aged 23
Born in Penistone in Q1 1921
Son of Maurice Wadsworth, and of Alice Mary Wadsworth, of Parkstone, Dorsetshire.
DFC Citation - This officer has attacked many targets in Germany, including Berlin, Frankfurt, Munich and other such strongly defended objectives. He has invariably pressed home his attacks with great determination and his successes are a good tribute to his skill and accuracy. He has set a fine example of keenness and devotion to duty and has devoted much energy in the training of other members of the squadron.
Lived at 5 Don Terrace, Thurlstone
Courboin Communal Cemetery
The gravestone carries the inscription - Truly a band of brothers - In death They were not divided
Lancaster JB134 PG-G, Airborne 21:47 3 May 44 from Dunholme Lodge to attack the military camp at Mailly-le-Camp. On the outward flight, crashed at Courboin (Aisne) some 10 km SE of Chateau-Thierry.
[also listed on Thurlstone, St Saviour Church memorial] 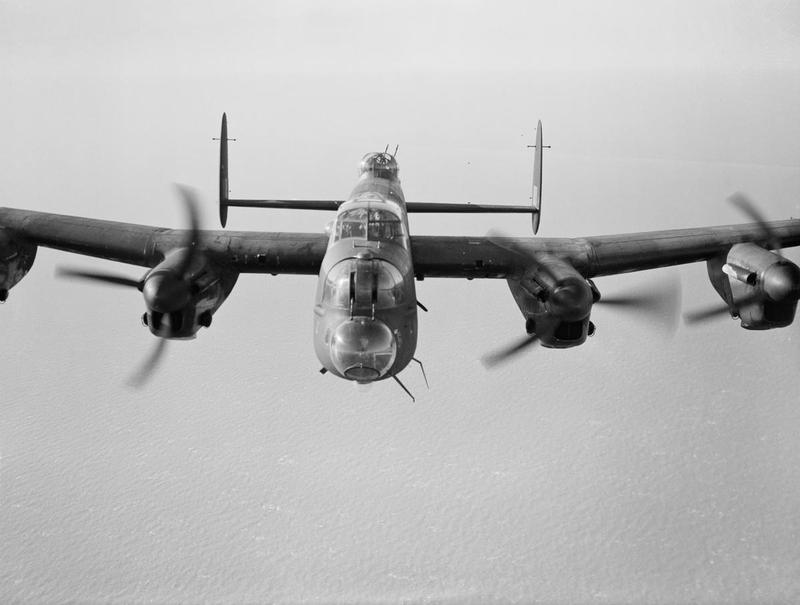 © IWM (CH 12346) A Lancaster III of No 619 Squadron, based at Coningsby, 14 February 1944.
Samuel White (137584)
Pilot Officer - Royal Air Force Volunteer Reserve - 86 Sqdn.
28 February 1943, aged 29
Born in Penistone in Q1 1914
Commissioned effective 17/11/42 previous service number 1381152.
Lived at 23 The Green, Acomb, York
Netherfield Congregational Chapelyard
Liberator FK237 was on an SE and instrument test flight, during which the pilot found that the elevator controls were locked through the port dinghy becoming released and wrapping itself around the stabilizer and tail plane. The plane crashed at Old Idsworth Farm, Compton, Sussex at 4pm on 28th February. Four of the crew were killed and the others on board injured 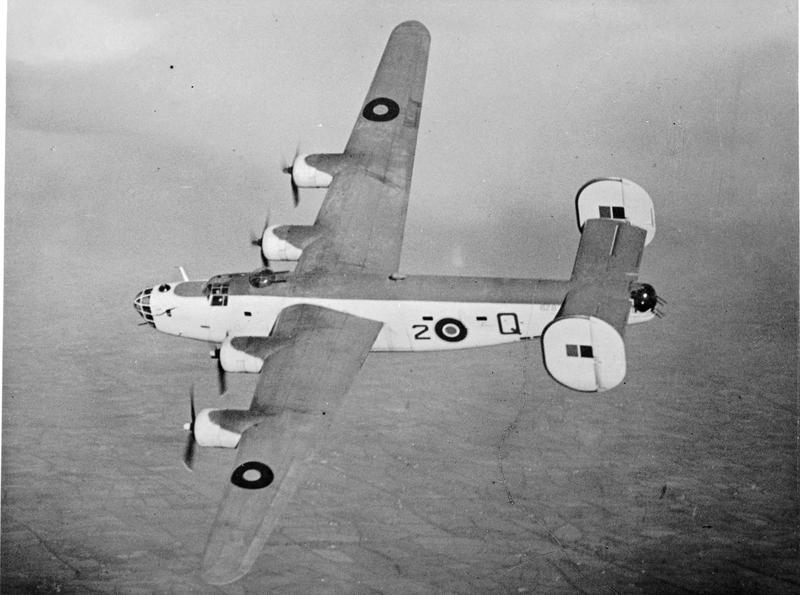 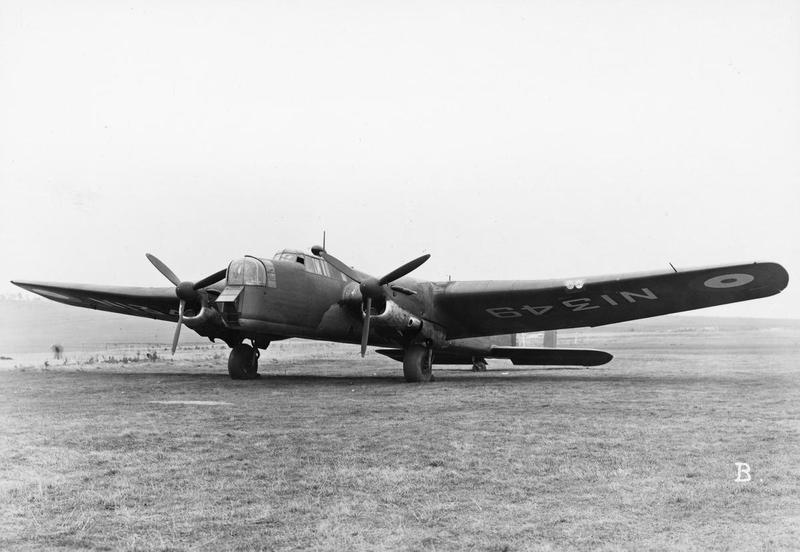 © IWM (ATP 9616B) Armstrong Whitworth Whitley Mk V
Wilfred Wood (3248855)
Rifleman - Cameronians (Scottish Rifles) - 1st Bn.
3 May 1944, aged 24
Born in Penistone in Q3 1919
(son of James and Lilian Wood)
Lived at 32 Wentworth Road, Penistone
Rangoon Memorial
On Active Service in Burma during the 2nd Chindit Expedition
Harold Yardley (751486)
Sergeant (W.Op./Air Gnr.) - Royal Air Force Volunteer Reserve - 83 Sqdn.
7 September 1941, aged 21
Born in Penistone in Q4 1919
Son of George H. and May Yardley, of Beeston, Nottinghamshire; husband of Ida May Yardley
Parents married 1 April 1918 at Penistone St John the Baptist. Father was a Steel Worker.
Married in Basford, Notts - Q1 1940
Olso Western Civil Cemetery
The gravestone carries the inscription - At the going down of the sun And in the morning We will remember them. Mam and dad
Killed when Handley Page Hampden AE319 coded OL-J, which was airborne at 20:30 6 Sep 41 from Scampton on a Gardening operation, to lay mines off Oslo (Onions Region) was shot down by Flak in the target area and crashed near Sandvika, Norway. 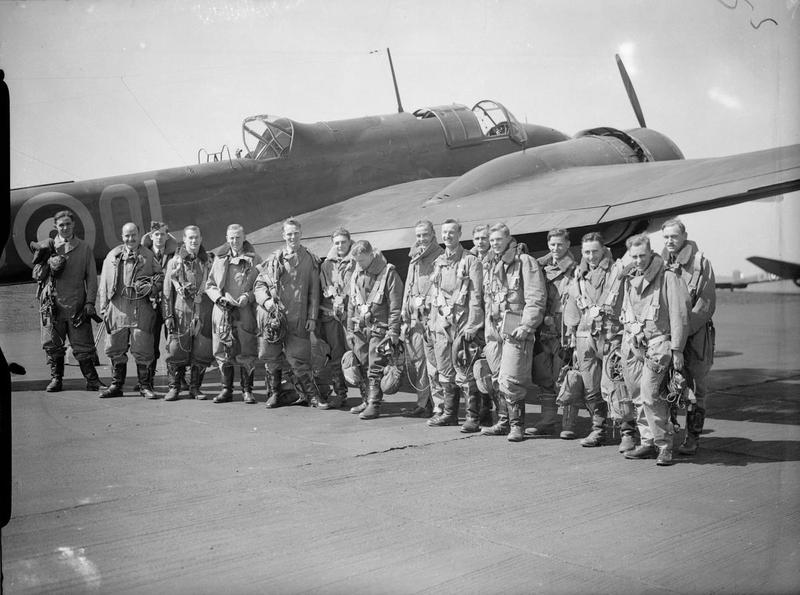 © IWM (CH 266) Bomber crews of No. 83 Squadron RAF line up by a Handley Page Hampden Mark I of the Squadron at Scampton, Lincolnshire.